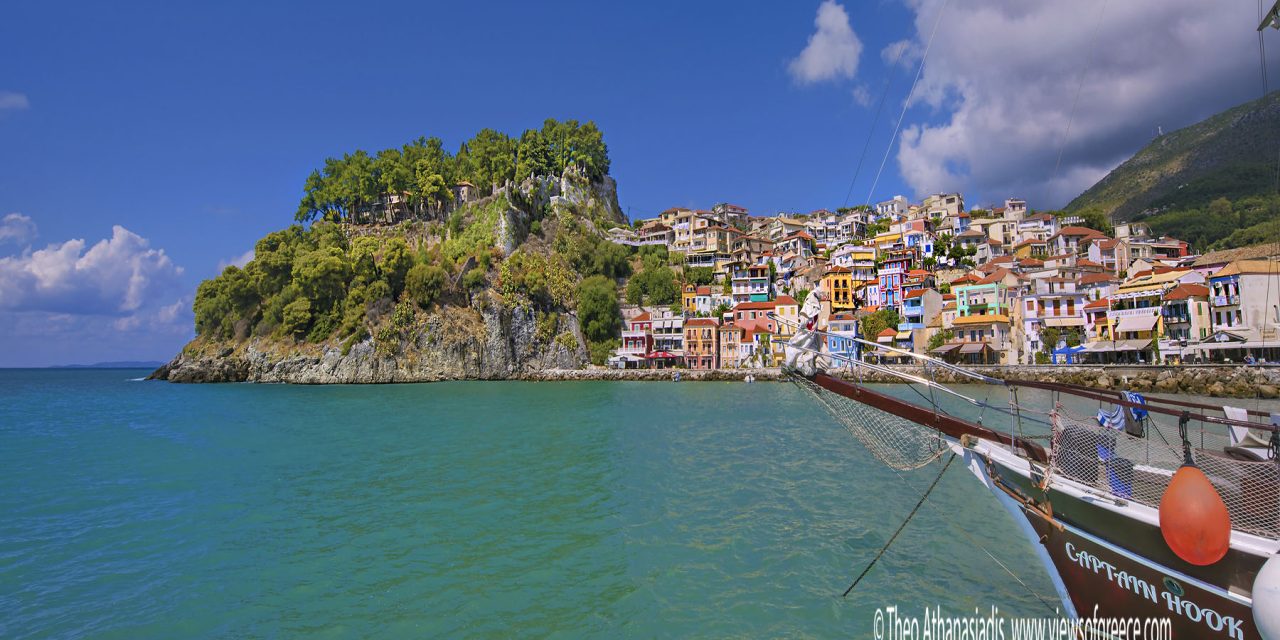 Pines, sand, sea combined with tours in mountains and rivers! A journey to the sinuous shores of the Ionian, to a classic destination with great infrastructure.

The landscape of the green islands and scattered rocks that look as if they were trying to protect the shiny beaches from the rage of the sea is a unique and one of the most popular sceneries of the Ionian. No other introduction is required. Welcome to Parga!

It is possible that at the place of Parga was located the ancient city of Torini, which was destroyed by the Romans in 168 BC. Parga is documented for the first time in 1337. In the Middle Age it “changed hands” approximately all the 50 years between the Venetians and the Turks. In 1537, the Turk admiral and former pirate, Hayreddin Barbarosa, destroys the city. Later on, the Venetians return, rebuild it and fortify its castle. As time goes by, Parga becomes an important port in the Ionian. In 1797, it becomes dominated by the French and later on by the English, who, in 1819, sell it to Ali Pasha of Ioannina. In 1913, Parga is finally handed over by the English to the Greeks.

From the battlements of the castle, open for guest visitation (tel. *30 26840 31207), one can enjoy the three bays, the little islands and the long beaches of Valtos. The old city with its distinct architecture emits quaint charm, although it often seems suffocated by the newly-built constructions. There is nothing better than an early-morning walk on the quay, by the harborage with the caiques and the tourist boats. The ecclesiastic museum located inside the church of Agios Nikolaos is interesting.

On August 15, takes place a representation of the Pargians’ return from abroad. The boats lighted with Venetian lamps head towards the harbor where they are welcomed with fireworks.

Valtos: To the north of the city lies the long beach of Valtos, with water sport amenities.

Lichnos: From the dorp of Lichnos, a narrow street leads to the homonymous beach covered with pebble and sand. Small boat rental is available on site.

Ai Giannakis: To the south of Lichnos, the beach is accessed by asphalt road from the central highway. A cantina, and boat and wind-surf rental operates on site.

Sarakiniko: The secluded Sarakiniko beach, best known for its sunset, is located at the feet of the semi-mountainous village Anthousa.

Parga – Ammoudia: Following the road to Preveza you will find yourselves at the busy beach of Ammoudia which lies at the outfalls of the Acheron River. A boat excursion along the river bed is worth doing.

Parga – Anthousa – Agia: From the village of Anthousa (4 km from Parga), take the road up to the castle of Ali Pasha built in 1814 by French engineers. The view from here is magnificent.

Nekromanteion: At the village of Mesotopos, near the Acheron River, you can visit the archeological site of Nekromanteion (Temple of Necromancy) with findings dating from the 14th through the 3rd century BC. According to the ancient Greek myth, here lied one of the doors to Hades. Here awaited “Kharon the ferryman” who carried in his boat the psyches of the dead and passed them to the kingdom of darkness against a fee! (achaeological site tel. +30 26840 41206)

“VIEWS OF GREECE” travel photojournalism: Discover Greece with the experts 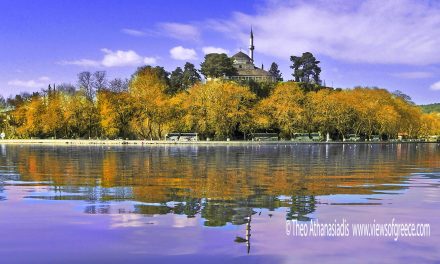