It has been called a miracle of nature, a rare geological phenomenon, god’s landscape… No matter what you call it, this corner of Greece is unique! 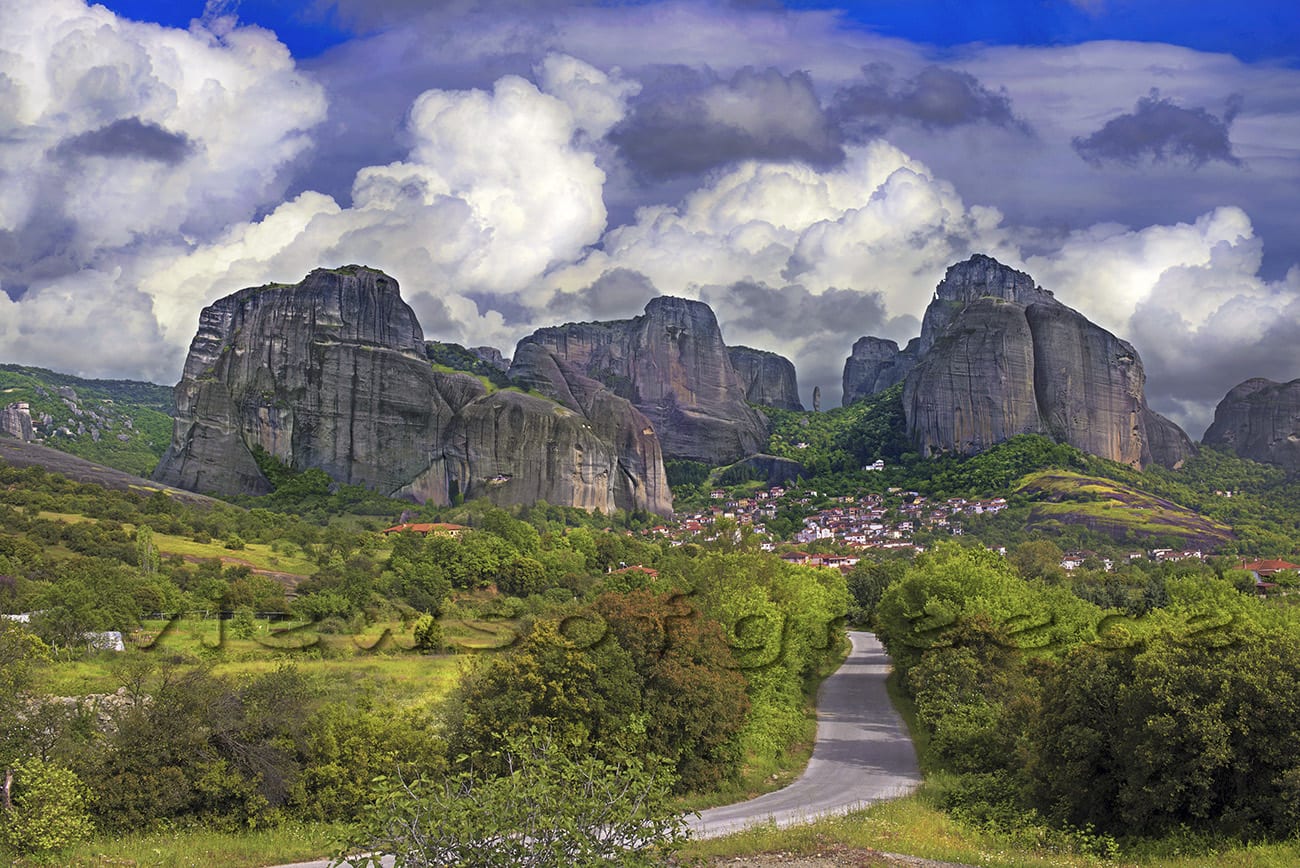 Once you pass the city of Trikala, you will see Meteora in the distance, glimmering on the horizon, soaring up skywards like enormous petrified giants. On reaching Kalambaka, you can admire the awesome spectacle of the rocks up close and stand in their shadow. As you follow the road that winds its way between these gigantic stone ‘towers’, you will be overcome by an unknown sensation, that of travelling in a primordial time-space. 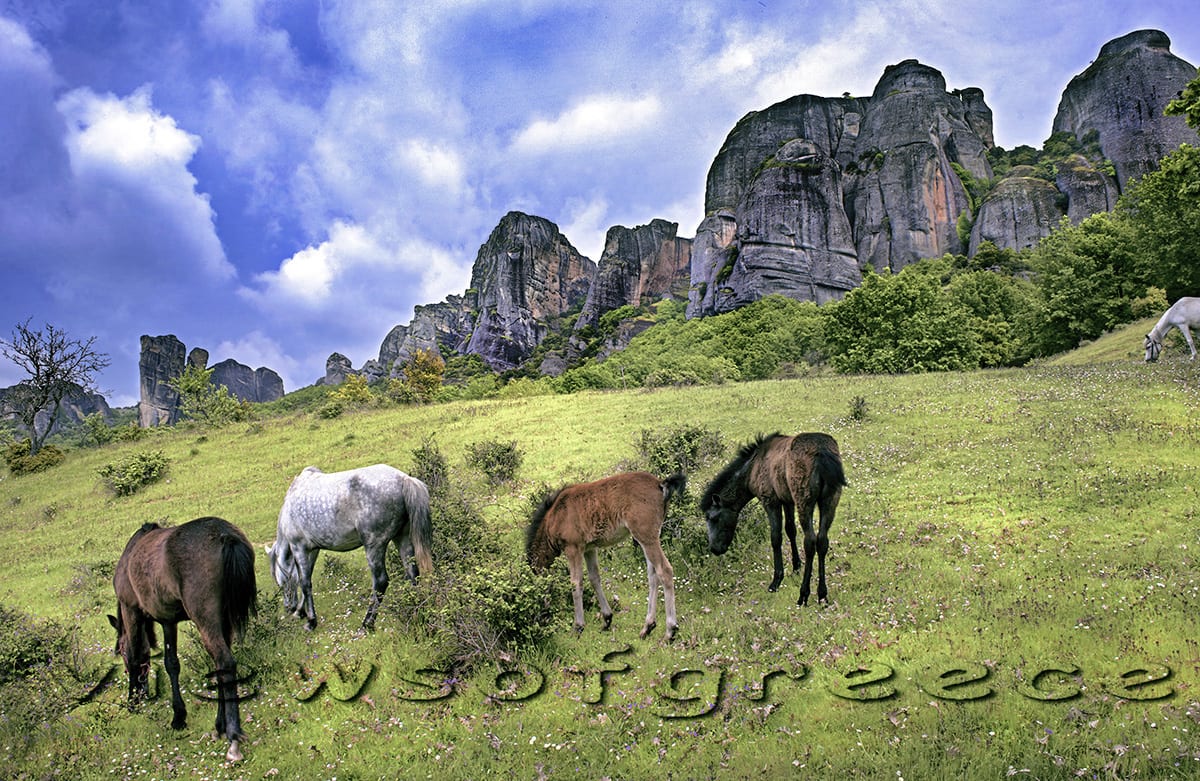 Back in Geological time

Distant aeons ago geological disturbances shook the planet and Meteora, which consisted of nothing more than small, barren islands, was being lapped upon by the waves of a shallow sea that covered the entire Vale of Thessaly. Over the millennia, the waters found a way out through the Straits of Tembi and poured in the Aegean. The rest was left to the intense weather phenomena and erosive processes that gradually shaped and moulded the rocky masses into their present form. 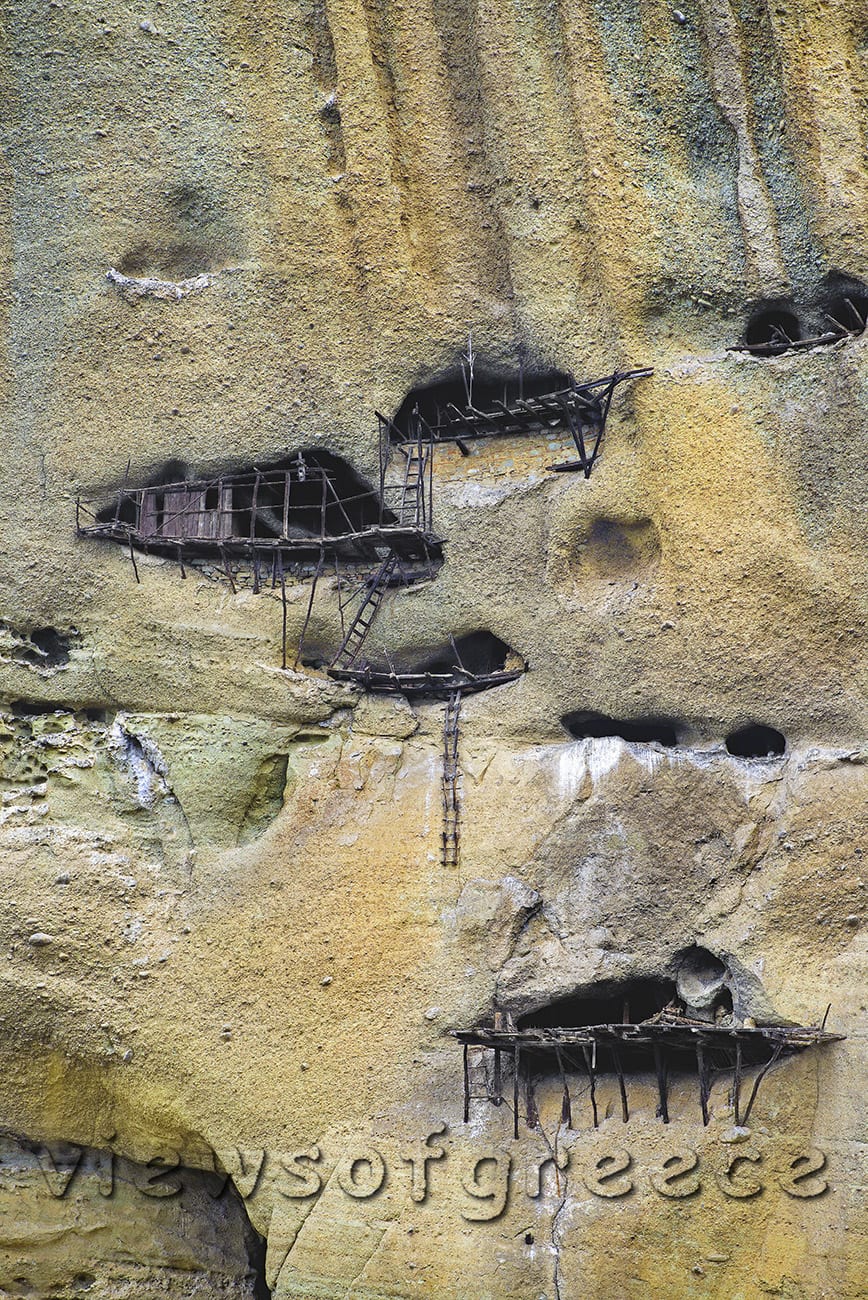 The otherworldly landscape of Meteora attracted Christian ascetics from all over the Balkans. Even before the monasteries were built, hermit monks climbed to the top of the rocks or settled in cracks from the 12th century onwards. Later on the first monastic communities appeared and  by the 14th century there were 24 of them founded. And so the most important complex of Eastern Orthodox monasteries in Greece emerged, flourishing throughout the 15th and 16th centuries. UNESCO has declared Meteora to be a World Heritage Monument.

Kalambaka is known as Meteora’s Town since it lies in the shadow of the rocks. However, the real show-stopper is Kastraki village. Built as it is at the feet of the rocks it appears trapped between these groups of gigantic stones. Turkish documents from the 15th century tell us that Kastraki was known by the name Qastiro. Agios Athanasios with its 18th century frescos and the 3-aisled Kimiseos Theotokou Basilica in the area known as Adrachti with a 16th century icon screen are the village’s most important churches.

A narrow tarmac road starting low down from Kastraki heads up among the rocks towards the monasteries. To do a full tour of Meteora you will need to cover around 20 km in total starting out from and ending up back at Kalambaka. At many locations along the way the view of the town of Kalambaka and the peaks of the Pindos Mountains is breathtaking. 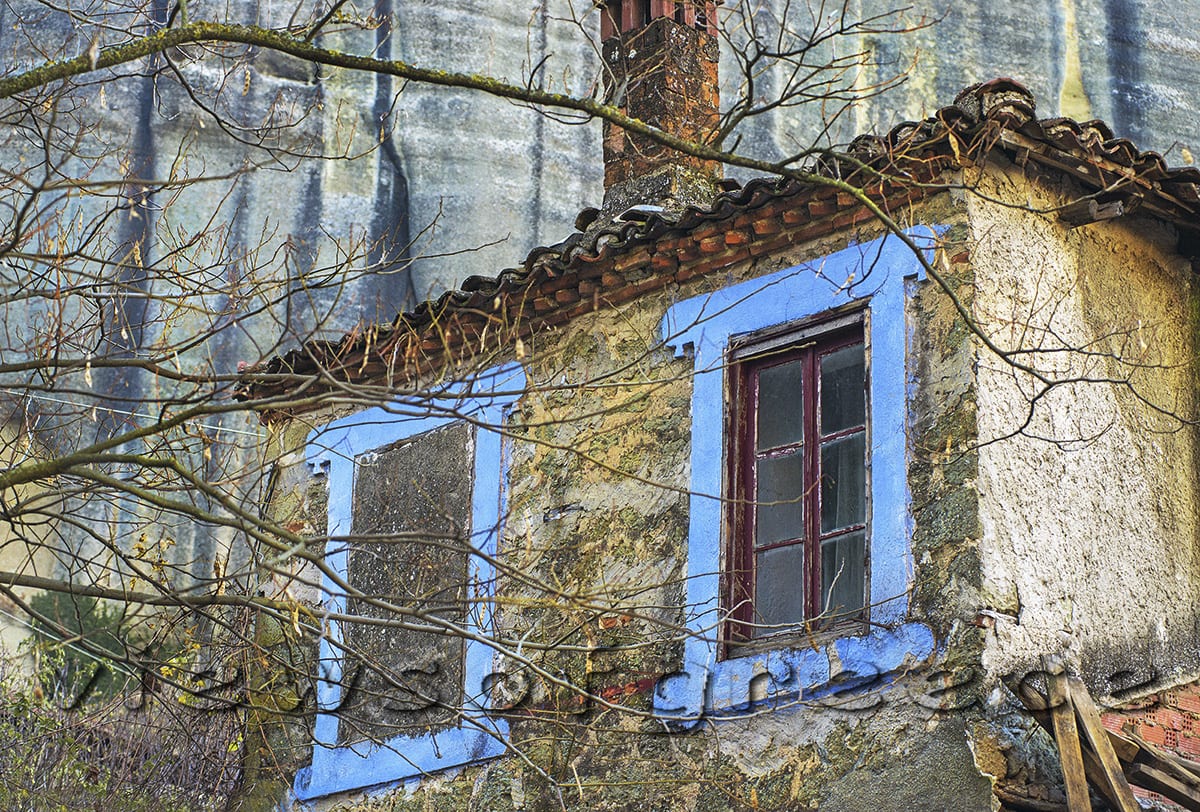 Metamorfoseos Monastery or Megalo Meteoron Monastery (tel. +3024320 22278)  dedicated to the Transfiguration of Christ, is the largest one, founded in the 14th century by Athansios the Coenobite also known as Athanasios the Meteorite. 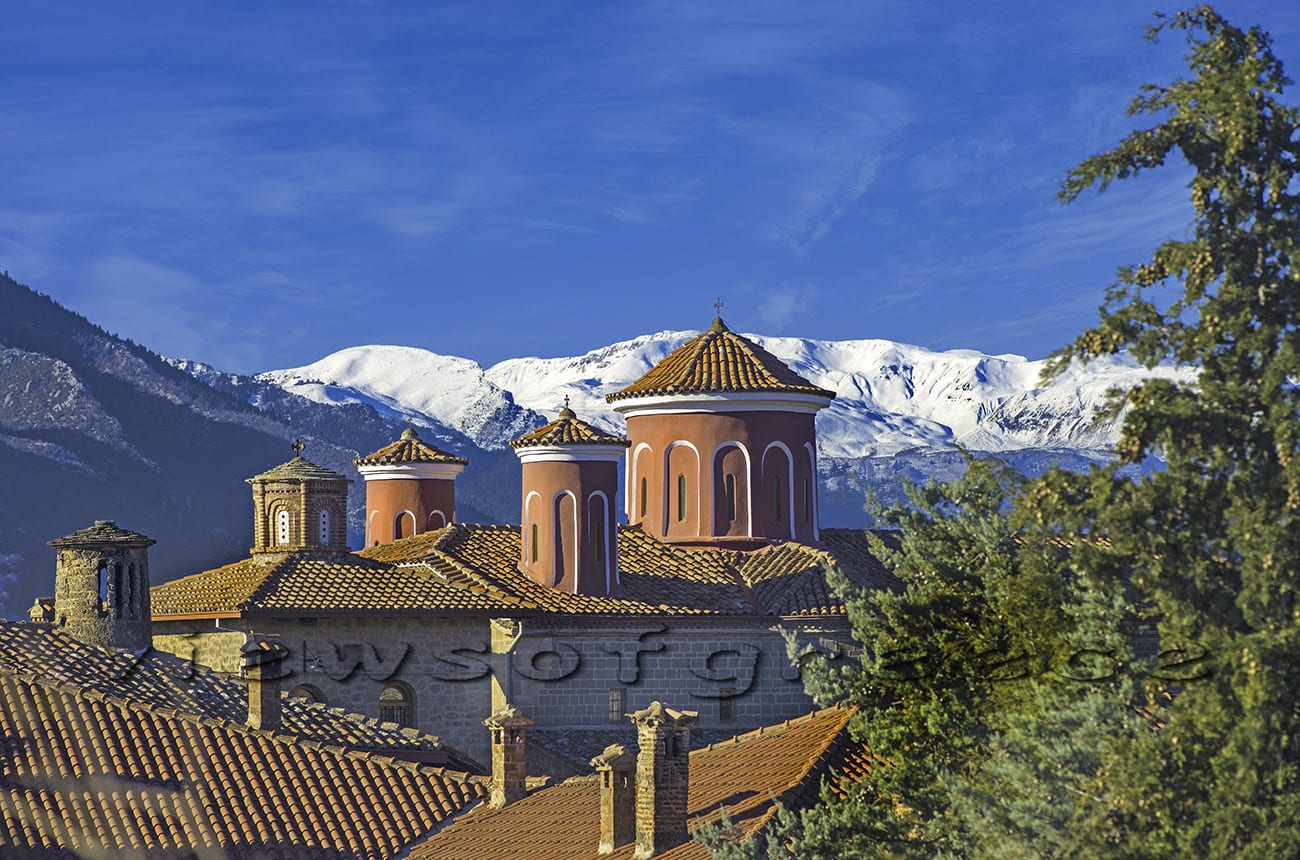 Ai Giorgis Mantilaras:  On the feast day of St. George custom dictates that the residents of Kastraki climb up to the chapel by rope and hang a handkerchief on the chapel of St. George, indicating their request  for good health. 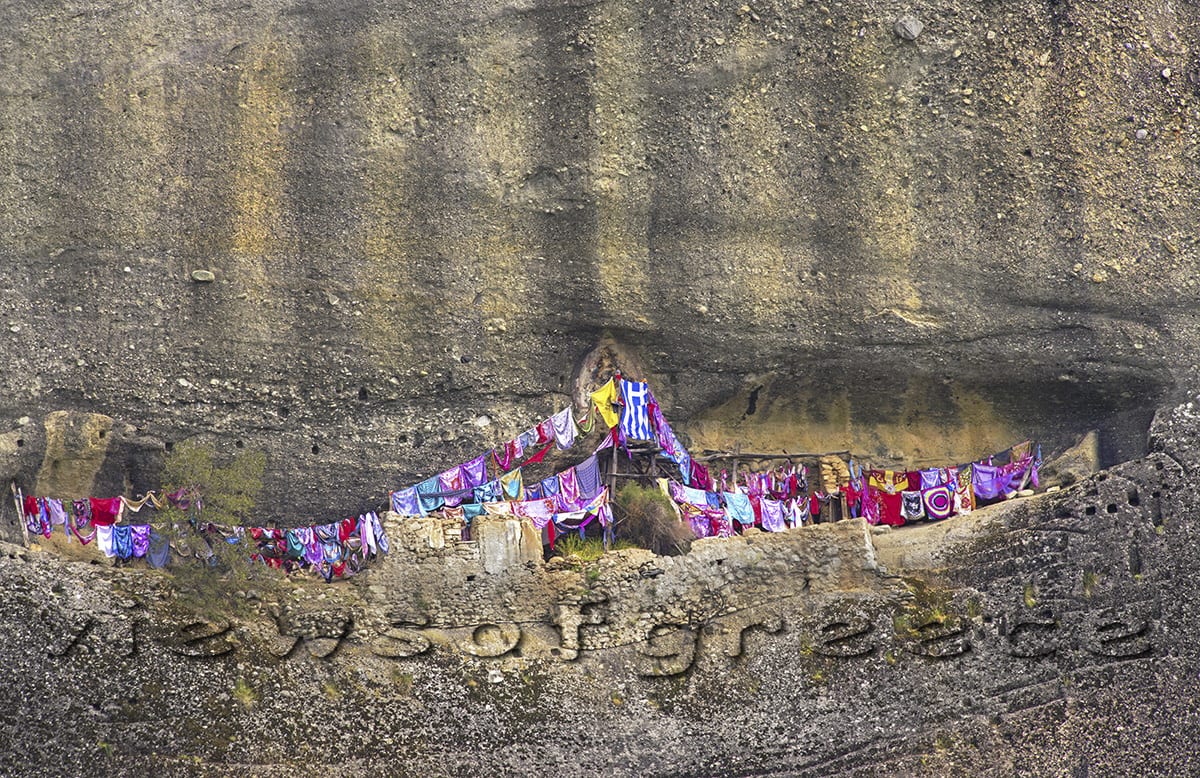 Climbing – Trekking:  The impressive collection of rocks here makes this one of Europe’s most remarkable natural rock-climbing sites and each year the area attracts hundreds of enthusiasts of this type. Meteora’s rocks are also covered by numerous, well marked paths suitable for trekking. 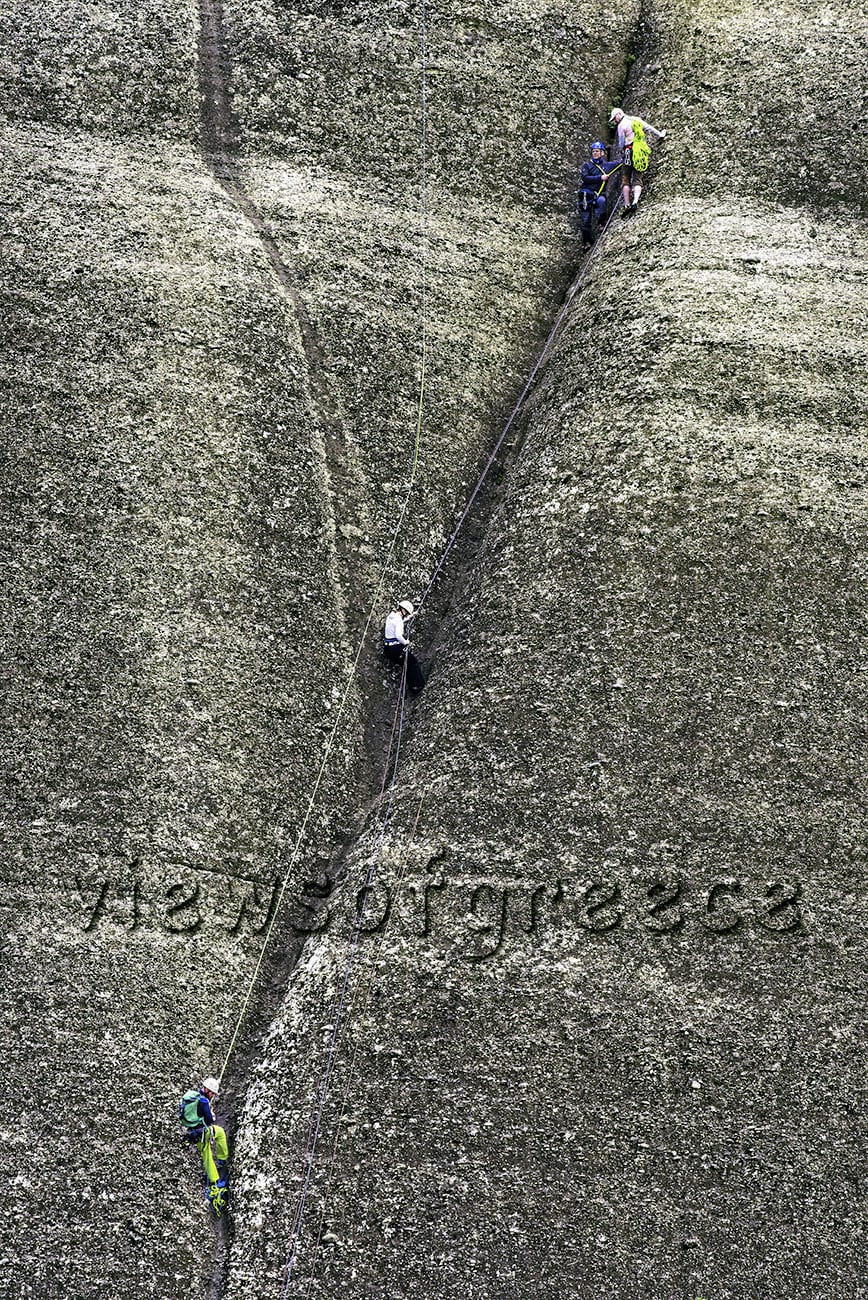