Impregnable walls, mansions, Byzantine churches, narrow alleys… all are in the right place. This setting from the MiddleAges, almost untouched for centuries…

Suddenly, as you arrive from Sparta, you are taken aback! The impressive rocky mountain and its castle-city emerge through the sea, blocking the horizon. They once called it “Moni emvasis” meaning single access from land through a narrow passage only one hundred and sixty three meters long – and also called it the “Gibraltar of the East”.

The strong contradictions of the colours on the rock, the stone and the blue, compose a unique picturesque painting. Nevertheless, the new settlement “Gefyra”, that has grown outside the Old City, does not claim any prize for its good taste. You will find however all services here. Monemvasia lies 95 km from Sparta and 295 from Athens. In the summer it is also connected by ferry with the port of Piraeus (port authority +30 27320 61266)

By crossing the imposing castle-door, time starts ticking backwards… Towers, battlements, stone built cobbled roads, mansions, and churches, in every corner of this medieval city. Byzantine symbols and Venetian coats of arms all existing together in harmony, each with its own history, linking the days of prosperity with the bloody adventures of this sorely tried land.

When ascending the central cobbled alleyway, named after the great Greek poet Giannis Ritsos, whose origin was from Monemvasia, you are amazed. Truly nothing has been altered. Only the colourful tourist shops add a lighter note to the authentic medieval background. It is worth seeking the numerous churches – more than forty – that adorn the steep rock, the Byzantine three-aisled basilica of Christ “Elkomenos”, the octagonal Church of Saint Sofia, the five-domed church of Pantanassa (Archaeol. Service +30 27320 61403).

In antiquity the rock of Monemvasia was called “Akra Minoa”, as described by the ancient traveller Pausanias.  The fortifications were prepared by nature. In 550 A.D. the first walls were built by the Byzantines. With the passage of time, the citadel of Monemvasia became one of the strongest strongholds of Greece, and together with Mystras, one of the greatest strategic locations of Peloponnesus.

This prospering city was occupied in 1249 by the Franks under William of Willehardouin. It later fell in the hands of the Palaiologoi. Then came the Venetians, the Ottomans…

They all recognized the strategic importance of the steep rock, and they all left their marks with fortifications, expansions, public buildings and churches. Monemvasia was an intermediate mooring station for ships heading from Venice to the ports of East Aegean. Famous at the time was the local wine “Malvazia” (the Frankish name of Monemvasia) that was exported in large quantities to Italy and from there to the cities of Western Europe.

To the south coast: A narrow asphalt road parallel to the coastal line, ends in Agios Fokas(14 km), an area that still retains its unaffected beauty. You will first pass the successive brilliant sandy beaches of “Xifias” hiding behind porous stone rocks.

To the Gerakas port: After the extended beach of Pori, continue north following the outline of the coasts, when after a sudden turn, the tiny port of Gerakas will emerge through the aged olive trees. Fish eaters will find their paradise here, since the taverns are famous for the fresh fish they serve, straight from the fishing boat! 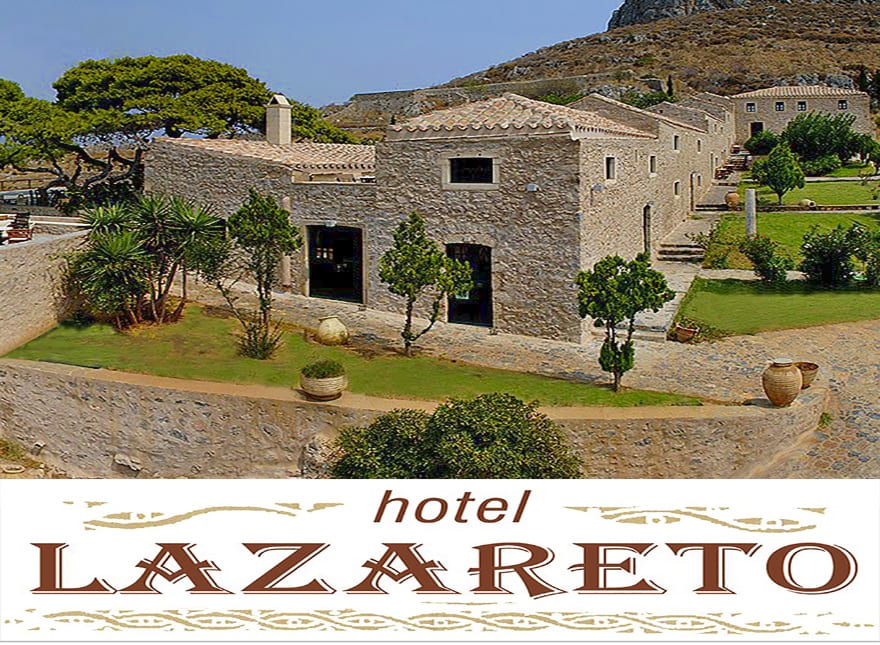