It’s  a land so familiar and so lovable! This is where you wish to stay for good, but if not so, you’ll certainly be back here often again. This small Greek island that feels like “home” is  a place you’ll always yearn for…

Ithaca may be small in size but its beaches are clean, the countryside is interesting, and the images are ones of unique calm… Provided you are not looking for intense nightlife, which is something that has never existed on the island, Ithaca is ideal if you need to refresh and revitalise yourself.

Ships dock at Vathy, the island’s port and capital. All roads start from there and end at beaches, villages and the charming little port of Kioni, one of the most atmospheric locations in Ionian islands.

Known worldwide because of Homer’s epic “The Odyssey”, Ithaca claims to be the home place of Odysseus the cunning. However, its name derives from the mythological hero Ithacus. A human presence on the island can be traced back to the Bronze Age while excavations have shown that during the Mycenaean period the island flourished. Throughout the rest of its history, Ithaca followed in the footsteps of the other Ionian Islands.

Vathy is a natural port and is ideally located, so it became the island’s capital in the 16th century. Despite the extensive destruction visited on the town in the 1953 earthquakes, Vathy was rebuilt according to the traditional architectural style. Buildings with clear renaissance and neoclassical elements, reflecting the period of English rule, have been declared listed buildings. The Greek Orthodox Cathedral Church with its bell tower is also interesting, while the Church of Agios Georgios in Vounaki village is home to the famous icon of Christ on the way to Calvary, signed by the famous Greek painter known as El Greco. Set aside some time to visit the Naval-Folklore (+30 26740 33398) and the Archaeological (+30 26740-32200) Museums.

Katharon Monastery: This is the island’s most important monastery, dominating the slopes of Mt. Niritos (560 m altitude), offering to visitors amazing views. Built in 1696 and dedicated to the Virgin Mary, hosts the island’s largest religious festival on 8 September every year.

Paleohora: High above the port lies Paleohora, the island’s old capital. Although in ruins today, the structure and outline of the town is still clearly visible. The fortress-like houses, built at times when piracy decided the fate of most islanders, are truly impressive.

Anogi: The officially listed ‘traditional village’ lies on the most wind-exposed, rough side of Mt. Niritos some 17 km from Vathy. Here is found Ithaca’s oldest church, the one of Kimiseos Theotokou (12th century).

Around Vathy: Setting out from Vathy one can easily reach the sandy beach of Loutsa, even on foot, which is ideal for children (a snack bar on the beach).

East of the port lies the two-sided Sarakiniko beach swathed in greenery and immediately after that is the glorious, pebbled beach of Filiatro.

Gidaki Beach can be reached by following the trail down to the seashore. A snack bar is available on-beach.

Heading towards Stavros on a short distance from Vathy is Dexa beach with large pebbles and excellent beach aminities.

In Pisaetos Bay where the ferry boats set sail for Sami on Cephallonia island, there is a beautiful beach with small pebbles.

On the road to Stavros: A road starting in the village of Lefkes leads down to the isolated pebbled beaches of Vrysi, Kedros and Aspros Gialos. On the northern side of the island, Polis Beach is accessible via Stavros village. It is home to Louizos Cave where 7th century BC pottery was found. Nearby Ammoudi beach close by (accessible by foot) is much quieter.

Northern Ithaca: Pebbled Marmaka beach can be reached via the dirt road from Platithria village. Heading from Frikes towards Kioni one encounters the small bays of Kourvoulia, Langada, Tsitsimdia and Plakoutses with the pebbled beaches and turquoise waters. Starting from Kioni seek out the tiny beach of Kritami (a 15 minute walk away). However, the island’s best beach is Platiammos but it is only accessible by boat. 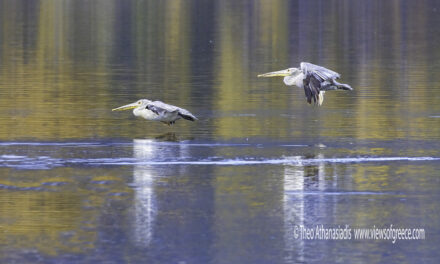