From the impregnable walls of the Fortezza and the medieval streets of the old city to the legendary Arkadi monastery and the open beaches of the Cretan coast… Here in Rethymno, images of stone and sea play hide and seek with time.

The modern town of Rethymno grew rapidly and less than stylishly, but the old town is a real gem. The Venetian harbor, even though it has been developed to attract tourists, still retains its authentic individuality. As far as the beaches are concerned, you can easily make your way to the coast to enjoy your swim or gaze out over the wide Cretan Sea as far as the horizon.

In the 3rd century, on the site of the modern town, the once powerful settlement of Rithymna or Rothymna flourished. Through the centuries it suffered wars, natural disasters, pirate raids and the Arab occupation of Crete (827 – 961 AD).

In about 1210 AD, Crete passed into the hands of the Venetians, and Rethymno became an important commercial port in the Mediterranean region. The town was rebuilt and the old settlement assumed the form it can be seen today. Despite a failed, though fierce, attack led by Barbarossa in 1538, the Turks finally managed to conquer the island under the command of Hussein Pasha in 1646.

In 1897 the coastal town was taken over by the Russians, but in 1913 Crete was united with the rest of Greece.

On the northwestern edge of the Psiloritis Mountain, 22 km from Rethymno, lies the Monastery of Arkadi. The monastery went down in the annals of history in 1866 when a few seriously outnumbered fighters held back 28,000 men under the command of Mustafa Pasha Kiritli. The end came when the Abbot Gabriel, seeing no other alternative, gave the order and Kostas Gioubourdakis set fire to their remaining supply of gunpowder. The Turkish army suffered major casualties, and hundreds of civilians died on the spot in the explosion. (Monastery +30 28310 72731-4)

Walks in the old town

Starting from the Venetian harbor, take Arkadiou Street where houses retain their traditional architecture and stroll in the medieval alleyways of the old town. Here you will come across the famous “Loggia” which has now been converted into a library by the Ministry of Culture. Notice the imposing Neratzes mosque standing in Petichaki Square. It was once a Catholic Church – the Santa Maria, and later an Augustinian monastery. In the same square, here “by the Plane tree’, as the older locals would say, is the Venetian “Rimondi” fountain (1588).

The Fortezza (that is, fortress or fortified place) dominates its surroundings from the top of the hill above the old town. The fortress was built by the Venetians in 1580. Successions of ramparts and ruined churches, mosques and barracks are scattered everywhere, while the view to the Cretan Sea is enchanting. In August the small theater in the castle is ​​the chosen venue for the Renaissance Festival of Rethymno.

In front of the city to the east, stretches a sandy beach 8 km long, which starts from the harbor castle and continues as far as Pigianos Kampos. A little further east are the Sfakaki pebble beach and Scaletta beach, which is sandy. On the road towards Heraklion, first is the wide sandy beach of Panormos (25 km) and next is the Bali tourist resort (35 km) with its succession of small bays. 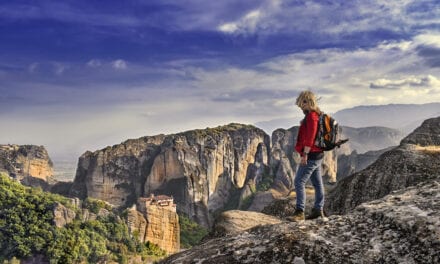