Gazing out at the open sea

BOATS gently rocking on the calm sea, seagulls circling overhead, empty nets spread out in the sun next to rusty anchors.  Idyllic, alluring images, typical of an Aegean island at first glance. Yet, this place can be reached by car, avoiding long sea trips. 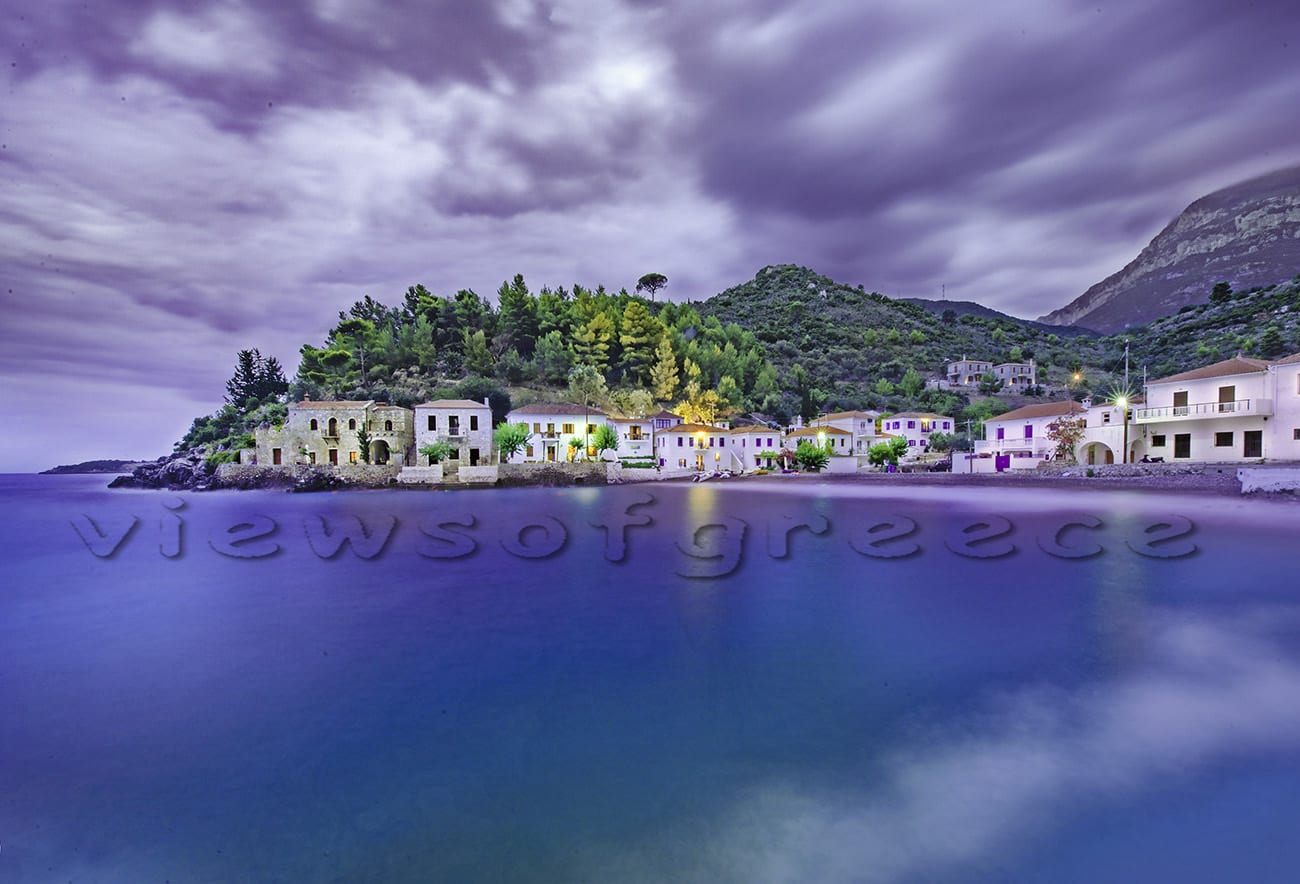 One of the last coastal “paradises” in the Peloponnese, Kyparissi village is situated in the eastern part of the Laconia Prefecture, on the Myrtoan Sea coastline, north of Monemvasia. Secluded Kyparissi, with its sundrenched beaches, was only recently connected to the rest of the road network of the Peloponnese. 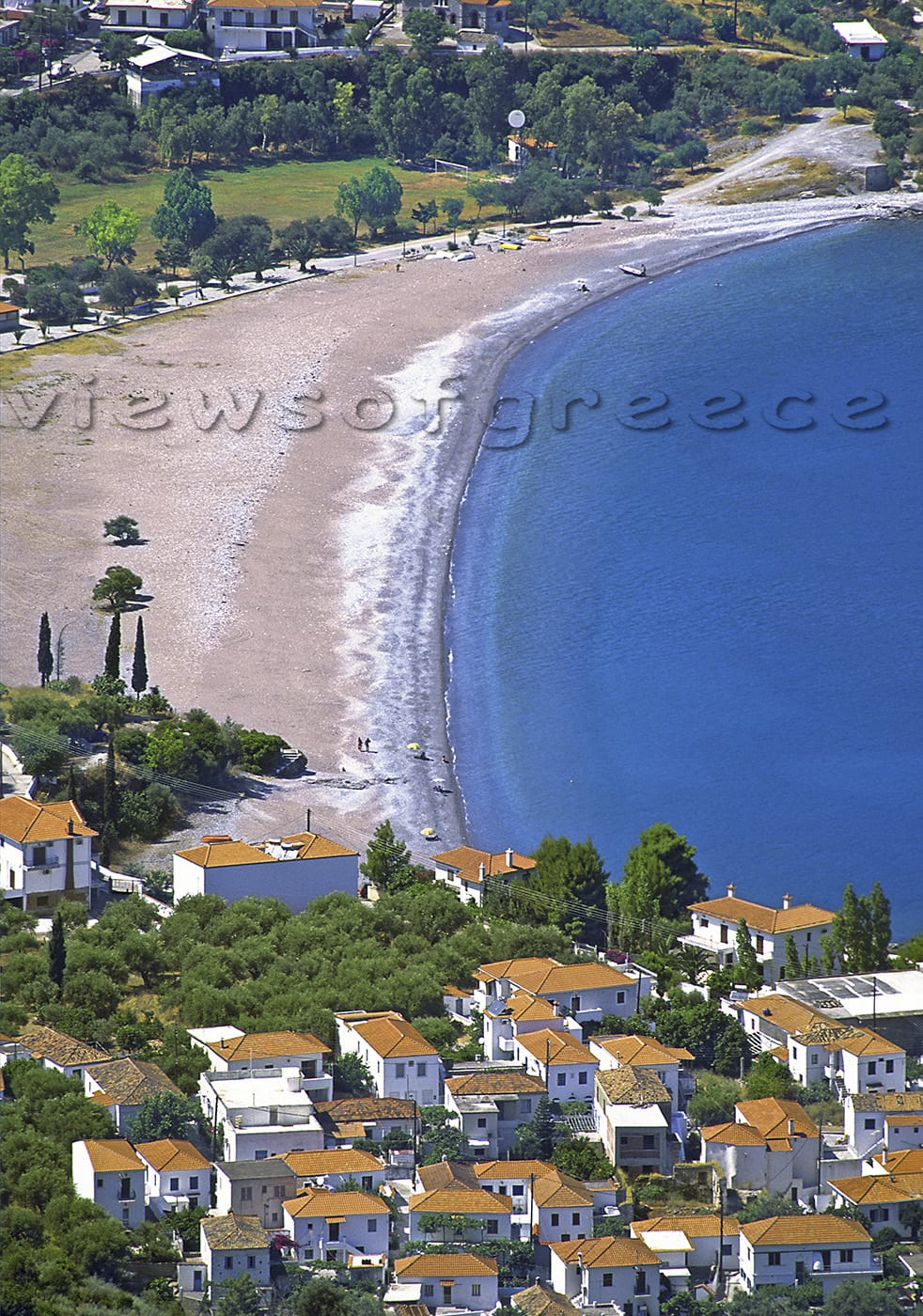 Vrisi, the inland settlement of the village is built at an altitude of 100 metres above sea level, while its ports, Paralia and Mitropolis, are situated very near. Shielded from the onslaught of mass tourism, the crystal-clear waters of the beaches lining Kyparissi retain an air of tranquility. 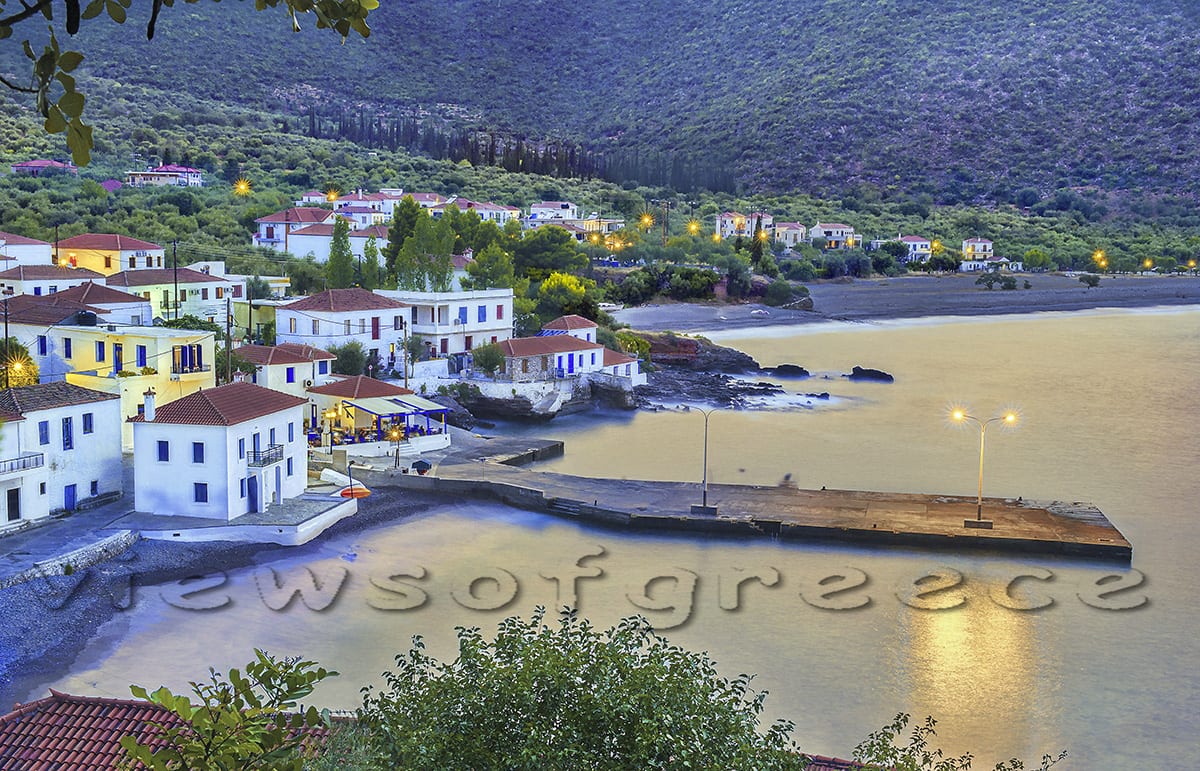 Inland Kyparissi (also called Vrysi) is not visible from the beach. It was built this way in order to provide security from the pirates who preyed upon the Peloponnesian coast. The seaside settlements Paralia and Mitropoli, the havens of Kyparissi, were created later when danger had passed. The village first appears in history after 1,000 AD. Ruins of the Byzantine fortifications from the Kalogria castle are apparent on the steep hill to the south of the village. The “Chronicle of the Morea” states that the Duke of Athens, Franco Nero Acciajoli, was the owner of the region in 1435. 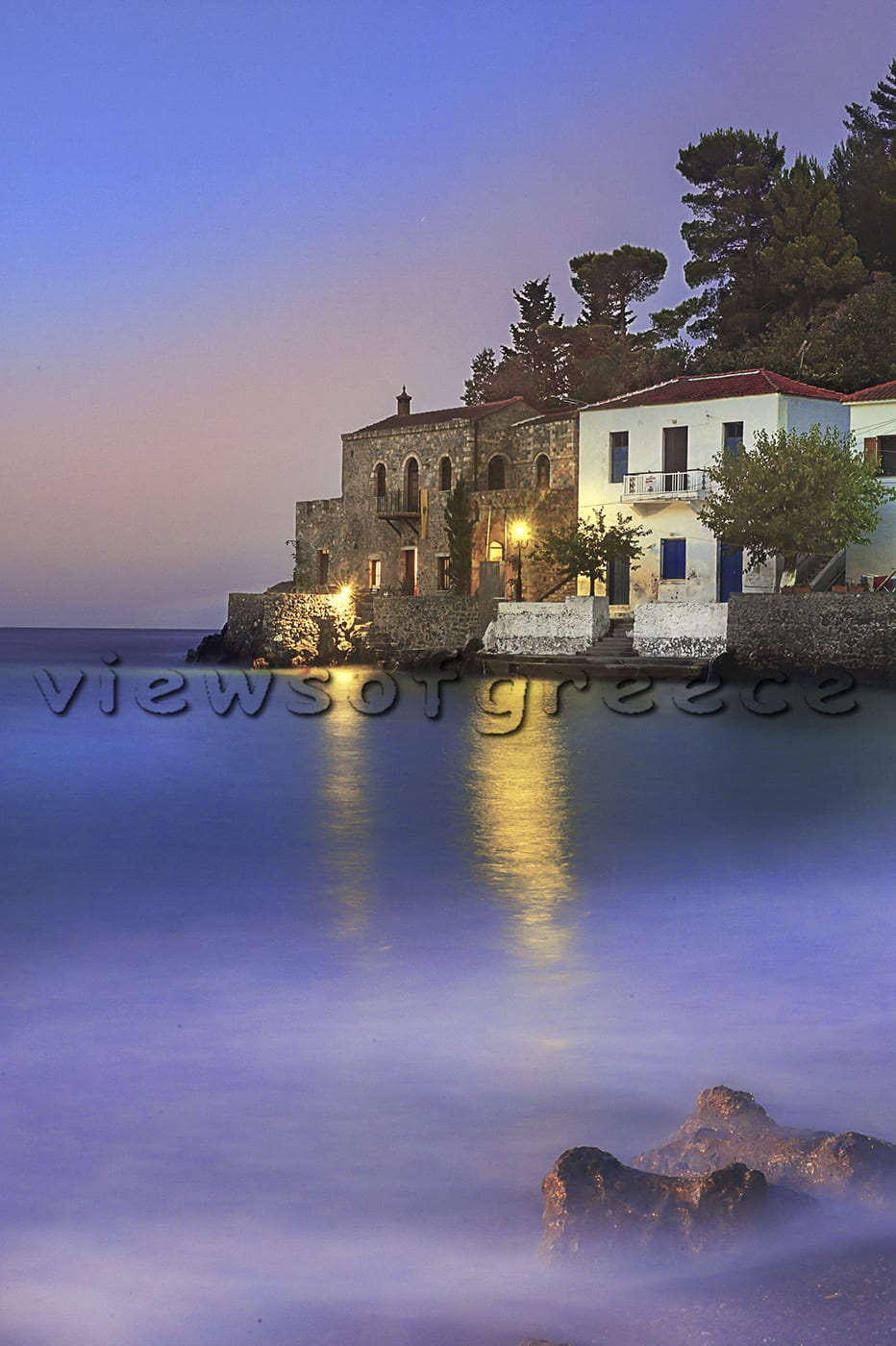 The ancient town situated here was called Kyfanta (‘kyfo’ = bow), as in this part of the blessed Morean nature, the mountain seems to be bowing down to the sea. Kyfanta was known for one of the most prominent Asclipieion of the ancient world (healing temple of the period). Reference to the town is made by the ancient traveler and writer Pausanias, in his work “Laconica”. 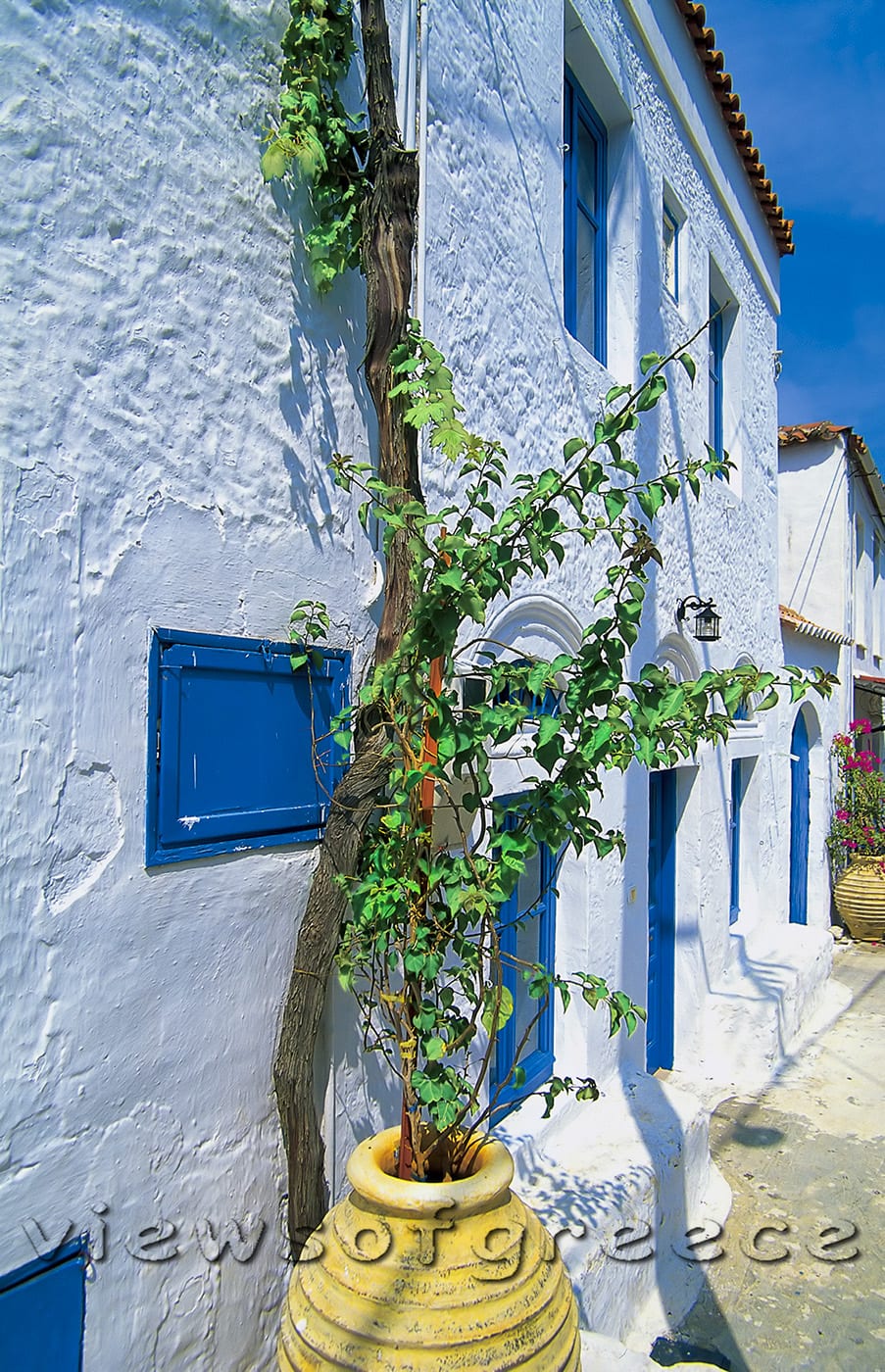 Time seems to have stood still in the quaint town of Vrisi . The white-painted houses, most built in the mid-19th century, exemplify the traditional architecture of the area. The same scenery is repeated in Paralia settlement with its old houses literally “diving” into the sea. 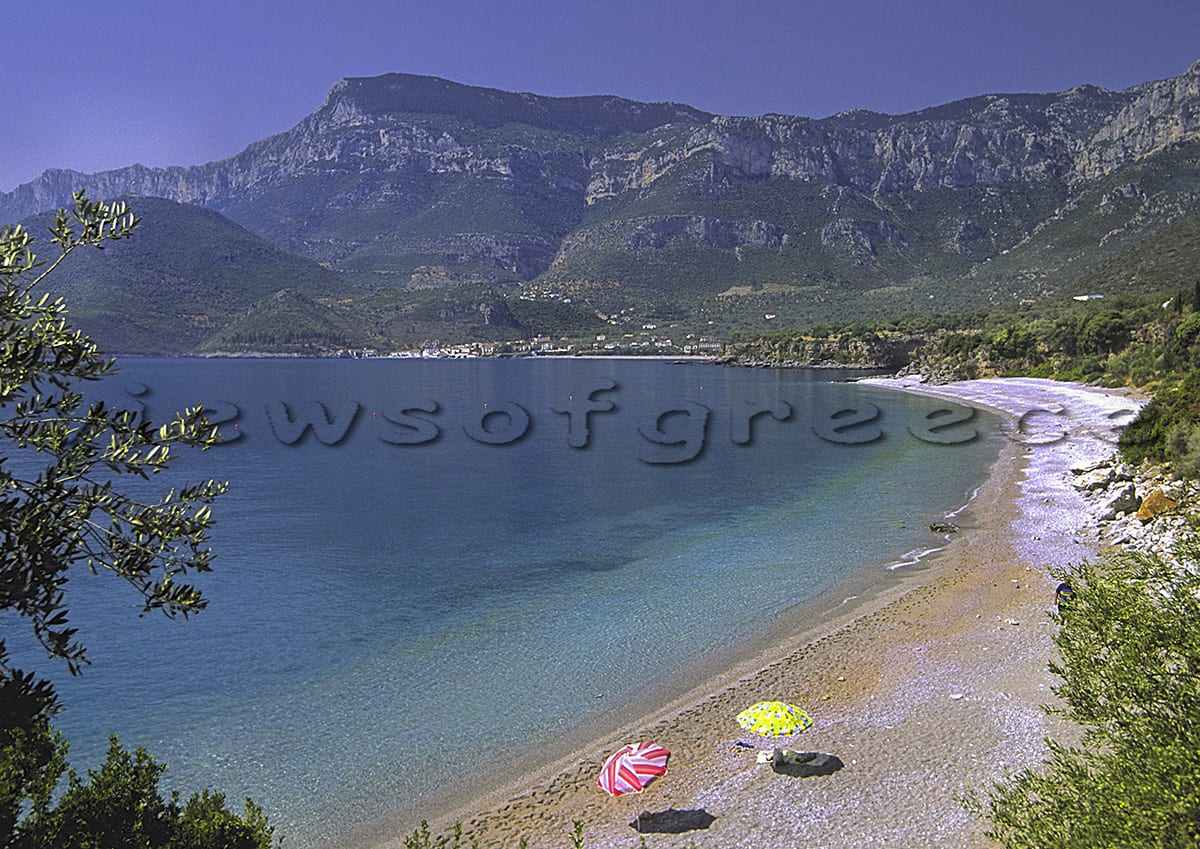 Megali Ammos beach between Paralia and Mitropolis has a wonderful extended shoreline that is never crowded, even in August. The pebble beach of Agia Kyriaki is accessed by following the road north of the little port. 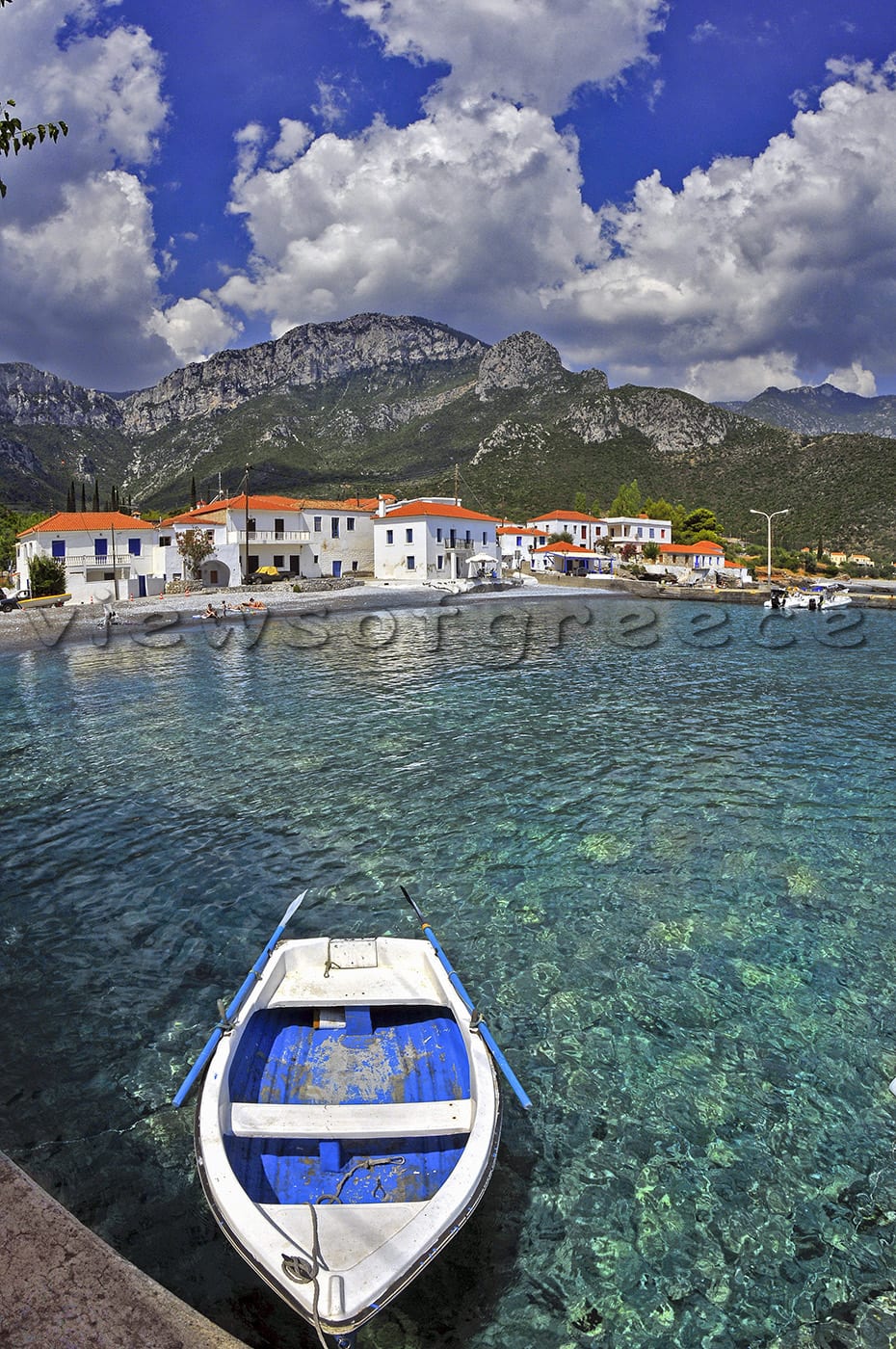 From Paralia, you will follow the pleasant, practicable path leading to the small church of Agios Georgios. It doesn’t take more than a 20 minute walk to the small seaside country chapel. 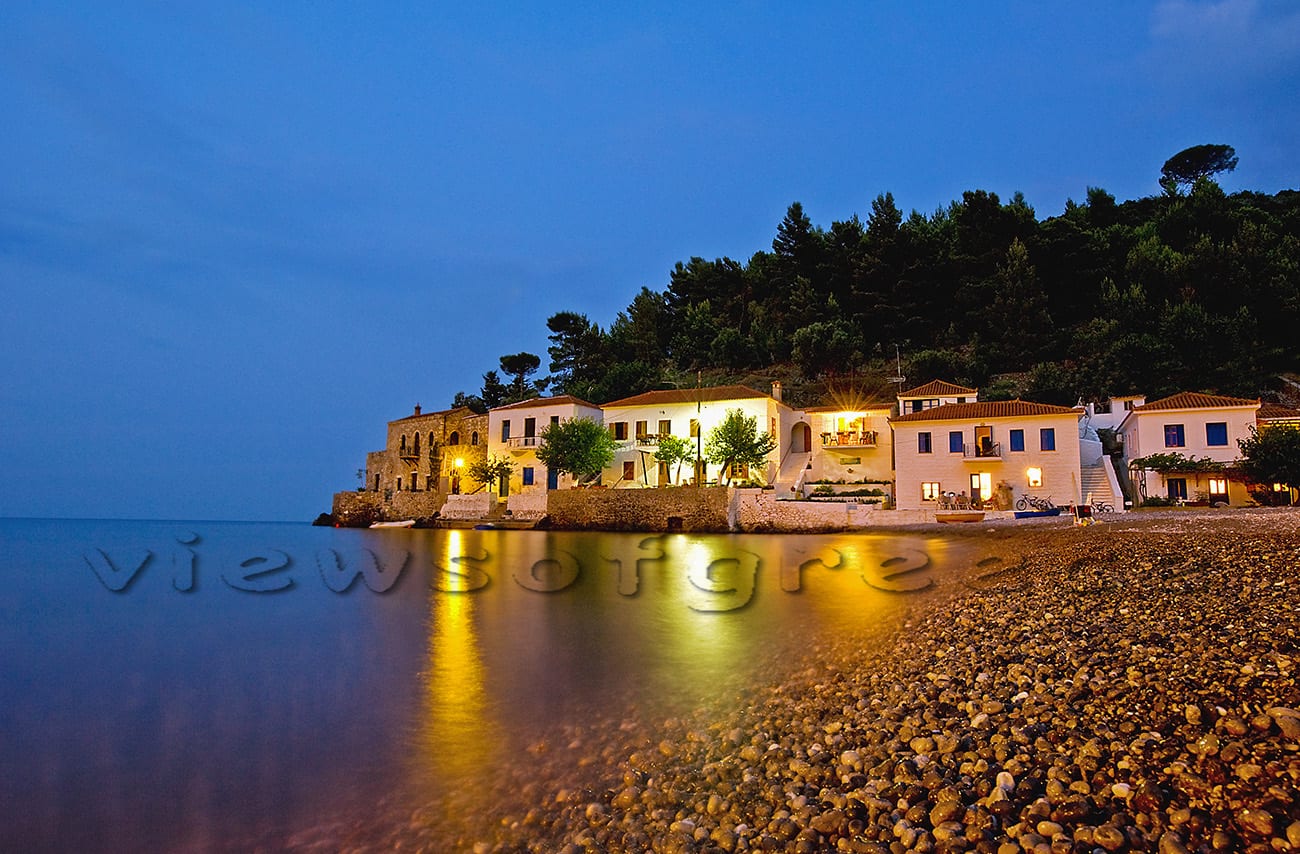 PYTHAGOREIO, the mathematics of beauty