PELION, MAKRYNITSA,  looking out over the Pagasitic Gulf

Makrynitsa, a well-preserved village, faithful to the traditional architectural standards of Mt. Pelion sits high on the slopes of this Thessalian mountain gazing out to sea. One of the most popular mountain destinations in Greece, the village has managed to retain all its charm …

First impressions: The Pagasitic Gulf and the city of Volos are quite literally at your feet. All around are plane trees, running water, cool shaded squares, well-tended homes and mansions, quaint taverns and guesthouses to suit all tastes and all pockets. In 1980 a Presidential Decree was enacted declaring that Makrynitsa was to be fully protected as a traditional village. In addition, the village is an ideal place for pedestrians since cars are banned and there is nothing to disturb the peace and quiet of this residential haven.

On the road…: The tarmac road that starts in Volos climbs up the steep, forested slopes encountering numerous turns and bends as it wends its way up, allowing you to quickly escape from the urban landscape and the buzz of the city. With every breath you take, there is a turn to take! Meanwhile the higher the altitude, the more nature begins to take over. The road passes through Anakasia, Ano Volos, Katihori and Portaria. You won’t even realise the time taken to arrive. If you intend to go to Hania and the beaches on eastern Mt. Pelion, turn right. There’s still some way to go. However, if you’re heading to Makrynitsa, turn left at the signposts and you’ll enter the village just 3 more km down the road.

History at a glance: It is likely that the village takes its name from the wealthy monastery in the area that was dedicated to the Virgin Mary(1215). Gradually the first urban structures started to appear around the monastery. Makrynitsa flourished in the 18th and 19th centuries when eminent educational institutes were founded, which fortified their reputation throughout Thessaly. Along with most other villages on Mt. Pelion and the rest of Greece, the villagers rebelled against Turkish occupation, in 1821. Nevertheless Dramali Pasha laid this wealthy village flat on his descent towards the Peloponnese in order to crush the rebellion.

Walks in Makrynitsa: At the entrance to the village (where you will have to park your car), continue on foot to one of Greece’s most charming squares, with huge plane trees and fountains from which the crystal clear ‘water of eternal life’ flows (as the locals say) and with a panoramic view of the Pagasitic Gulf. The square is home to Agios Giannis Church (19th century) and the traditional café renowned for its wall painting by the famous folk artist Theofilos Hatzimichail (The Theofilos Folklore Museum is housed in Kontos Mansion in Anakasia village).

The Metamorfosis basilica dedicated to the Transfiguration of Christ located below the square is worth a visit. It was built by the folk architect Dimos Zoupaniotis. To get an idea of Mt. Pelion traditional architecture find the Hatzikostas and Karavergos mansions (a polygonal protruding, enclosed balcony called a sachnisi) and the recently renovated Mouslis mansion www.makrinitsa.gr.

Pathways: By taking the old paved paths that linked the village to Volos, you can head down to the Agia Magdalini area and lower still to the Koukourava neighbourhood, passing by impressive mansions. An interesting path starts from Agios Gerasimos monastery and continues its way through the oak forest as far as Profitis Ilias Chapel, at an altitude of 950 m. 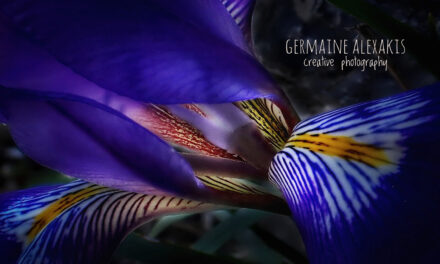