One of Greece’s most atmospheric lakeside cities … every single corner of Kastoria evokes a fulsome image of the city’s history, combining old with new, nostalgia and tradition with a modern lifestyle.

The old town covers a small peninsula that juts out for a few hundred metres into the waters of the lake. All around it modern neighbourhoods are found dominated by new builds, as well as the properties of wealthy fur merchants (this was Kastoria’s traditional professional) and quite a few large hotels. Kastoria is a visitor-friendly city, keeping one’s interest piqued thanks to its rich cultural past and its natural beauty. When the Turks captured Macedonia in 1386, the Greeks were forced to live in the Doltso and Apozari quarters of Kastoria. Over time locals became gradually involved in the fur treatment, manufacture and trade and within a few years this had managed to become one of the most dynamic sectors of city’s economy in the entire Ottoman Empire. Exploiting the open borders policy, the fur manufacturers  of Kastoria set up trading firms in cities along the Danube and in Russia. According to travellers from the 18th and 19th centuries, this intense business activity transformed Kastoria into an urban centre with excellent living conditions where the people were well educated. 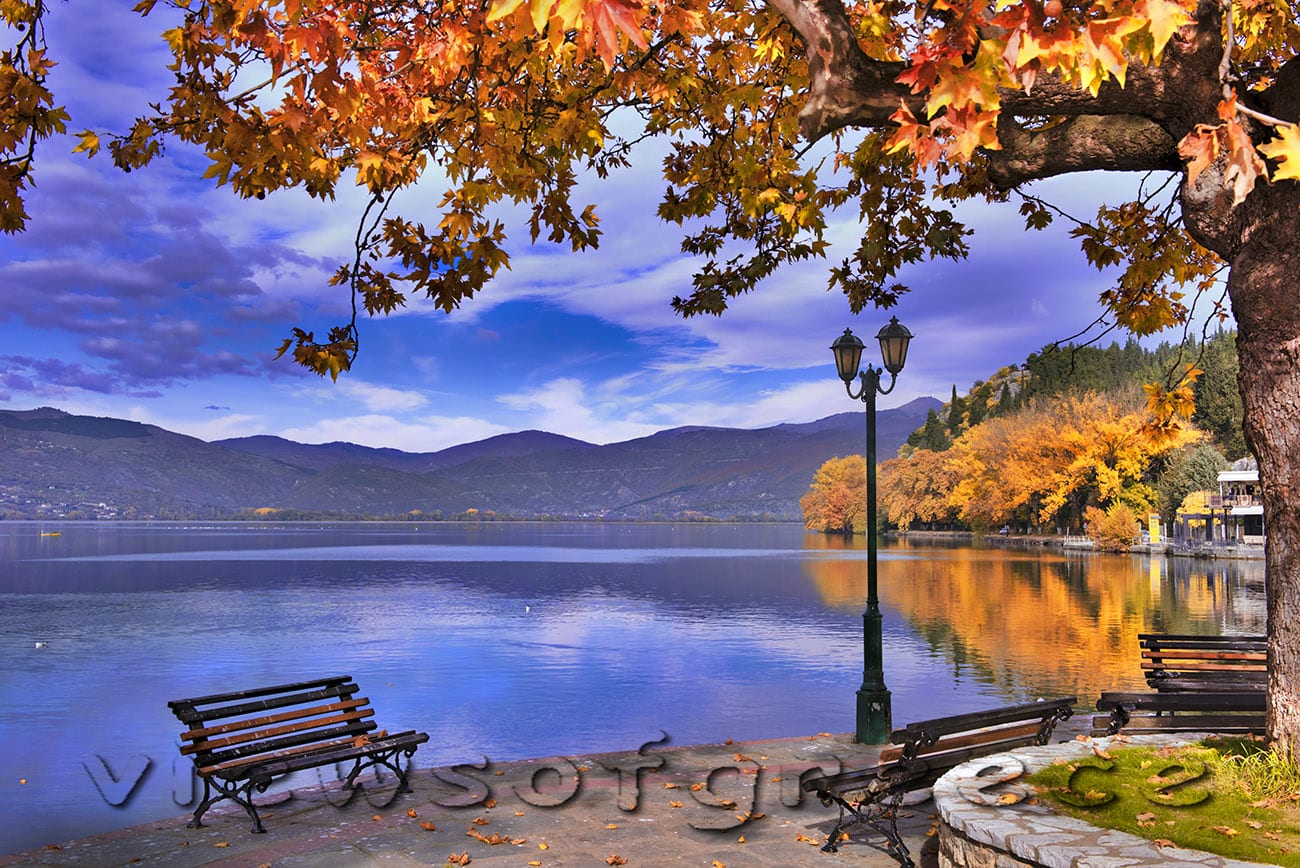 Walks in the city

There is nothing more relaxing than a stroll around the dock watching images of life around the lake. Visitors can easily orientate themselves by identifying Megalou Alexandrou St., namely the southern lakeside road with the countless restaurants, cafes and shops lining this cosmopolitan quay. Traces of Kastoria’s rich Byzantine past are clearly visible everywhere in the city. There are 75 Byzantine and post-Byzantine churches dating from the 9th to the 19th century, with outstanding frescos and impressive architecture. Most of these, like most of the traditional residences, are to be found in the Doltso and Apozari neighbourhoods. Most of the mansions that are open to visitors now operate as museums. Churches worth visiting are the 3-aisled basilica of Agios Stefanos, Agii Anargyri Church, Taxiarches Church, the single-aisled Church of Agios Nikolaos and the 3-conch Church of Panagia Koumbelidiki. However, Panagia Mavriotissa Monastery (11th century)  on the lakeshore, attracts most interest. Byzantine Museum: It hosts one of the largest Greek collections of Byzantine and post-Byzantine icons.

Neratzis-Aivatzis Mansion: Built in the 17th century, is a current folklore museum .

Clothing Museum: Located in the Doltso neighbourhood, it is housed in the Emmanuel Brothers Mansion dating from 1750.

Rangoutsaria: This is the local carnival that is held in the city for three days around the Epiphany. This age-old custom takes its name from the Roman period when the bands of masquerading men were known as rogatores (beggars) . It dates from the ancient times as part of god Dionysos rites

Locals and visitors to Kastoria dress up and pour into the streets to the sound of brass bands that play non-stop.

The tour of the lake: The municipal boat runs short tours at weekends to allow visitors to get to know the lake. The tour starts from the northern dock and stops off at the historical Mavriotissa Monastery

Dispilio prehistoric settlement: Visit Dispilio village (7 km), where one can see the remains of Neolithic settlements (5.500 BC). The reed huts that have been erected by the Archaeological Service is a representation of the prehistoric lakeside village. There is also a small eco-museum here 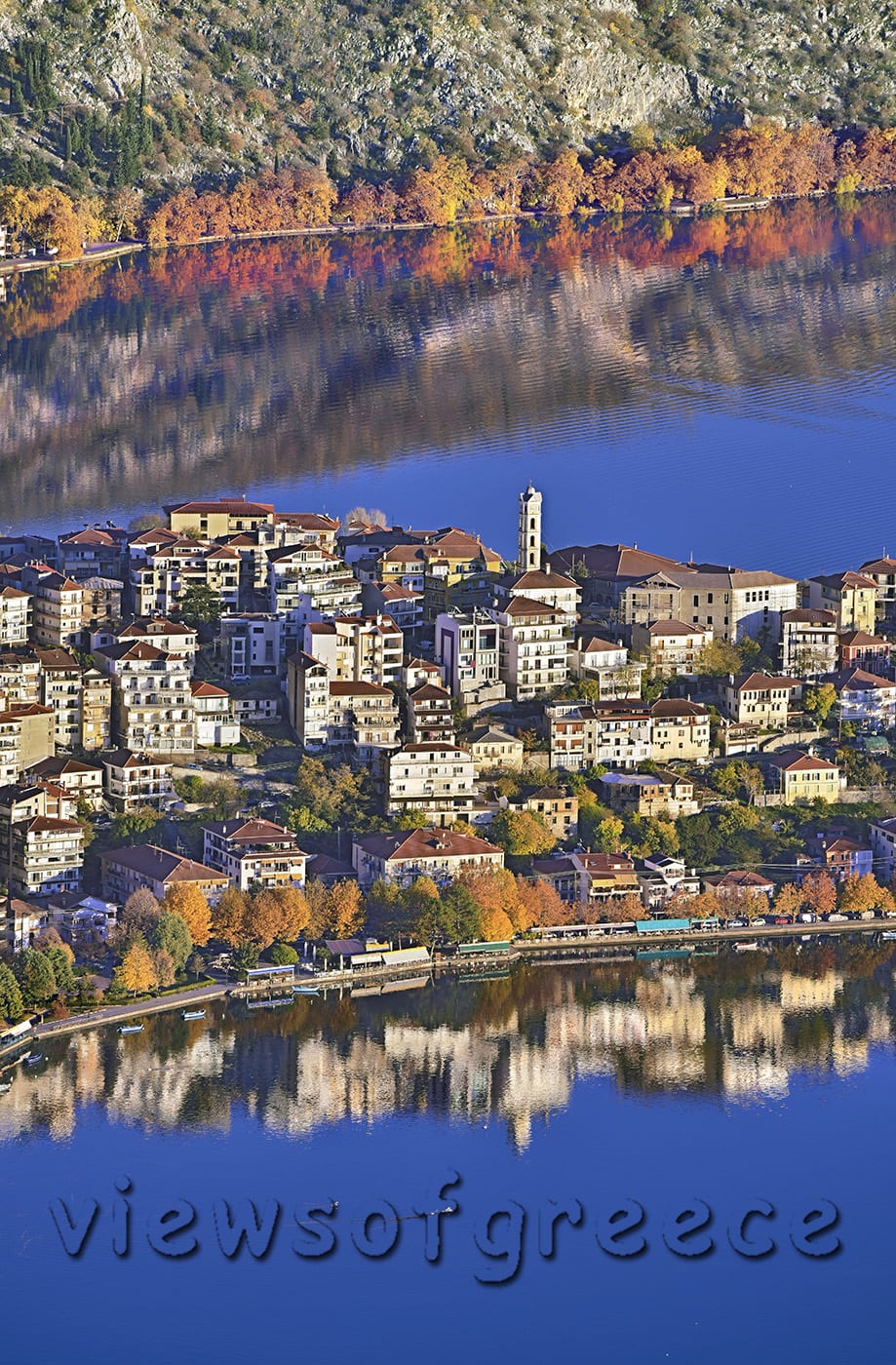 Petrified forest: A petrified forest was discovered at Nostimo village which consists of tropical trees whose trunks date back 15-20 million years. There is a Palaeontology – Palaeobotany Museum operating, supervised by the Aristotle University of Thessaloniki